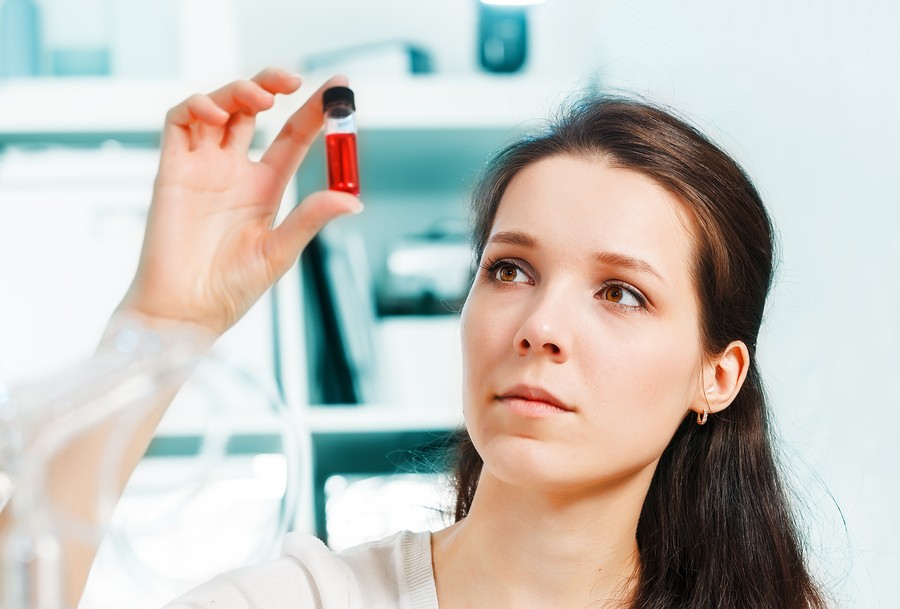 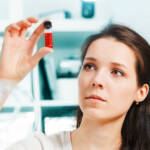 Part 2 – Anemia caused by Vitamin B-12 and/or Folate Deficiency.

Even though iron deficiency anemia (part 1) is the number one nutrient deficiency in the U.S among children and women of childbearing age, there are other types of anemia as well; including those caused by vitamin B-12 and folate deficiencies. Folate is the general term for compounds like the B vitamin folic acid, and although these compounds differ slightly, the terms are often used interchangeably. No matter what nutrient is involved, the main thing to remember is that anemia limits the body’s ability to get oxygen into your cells. Simply said your cells, including muscle, nerve and brain cells, aren’t getting the oxygen they need to work correctly. This can cause fatigue, concentration problems, decreased appetite, heartburn and even the desire to eat ice or other unusual things, which is called pica. In addition, vitamin B-12 deficiency can cause numbness and tingling in the hands and feet, loss of vibration and position sense, poor muscle coordination, poor memory, and even hallucinations. A sore or swollen tongue can be related to vitamin B-12 or folate deficiency, which can usually be cleared up with a quality supplement, preferably one containing methyl B-12 and methylfolate (email us for a recommendation).

Most often, anemia is caused by lack of nutrients consumed in the diet, such as protein, iron, B vitamins and even vitamin C, which helps you absorb iron. Sometimes a vitamin B-12 deficiency occurs over time in strict vegetarians who don’t include eggs and milk in their diets. Other times, anemia is caused by blood loss, chronic disease, medications, or genetic abnormalities, which is the case with pernicious anemia. Pernicious anemia is a deficiency of vitamin B-12 caused by a genetic disorder that creates a lack of intrinsic factor in the stomach fluid, which is necessary for the absorption of this important vitamin. Prior to 1926, this was incurable and resulted in death. Anemia from not absorbing the nutrients in food can also be caused by stomach altering surgery or Celiac Disease, another genetic abnormality. In Celiac Disease, the cells lining the stomach are damaged by eating gluten from wheat, rye or barley, and are then unable to absorb many nutrients. Many times, anemia that is unresponsive to treatment has an underlying cause such as this. Even people who drink excessive alcohol may have inflammation in their stomach (gastritis), which can inhibit the absorption of B vitamins from food.

Medications can interfere with absorption of nutrients, as mentioned in part 1 of this article also. Metformin, a medication used for diabetes and Polycystic Ovarian Syndrome (PCOS), can interfere with vitamin B-12 absorption. I won’t get into PCOS at this time, because that is a subject worthy of a full article of its own. However, if you are on any of these medications long-term, then you should work with a Registered Dietitian Nutritionist (RDN) on ways to get more of these vital nutrients into your diet through foods or supplements that dissolve under your tongue, called sub-lingual supplements. A nutrition consultation is well worth the time.

Vitamin B-12 deficiency can result in folate deficiency and they often go hand-in-hand. Folate needs increase in pregnancy, growth and in alcoholism. However, there is concern with treating anemia from folate deficiency alone, without a lab work-up, because treatment with folate or folic acid supplements can mask a vitamin B-12 deficiency and left untreated, the neurological symptoms of vitamin B-12 deficiency can be irreversible. You can overcome this concern with a quality vitamin that contains both nutrients. I prefer to treat my at-risk patients with the activated form of both nutrients in an under-the-tongue form. You can find my favorite supplement companies on my Fullscript Store page.

Routine lab values can show clues to your iron, folate and vitamin B-12 status. Next time you have your lab work done, why not have a registered dietitian take a look at it to see if there are clues to any nutrient deficiencies or nutrient excesses?

More next time on the very serious consequences of having too much iron in your blood, called hemochromatosis.

Part 1 of this article is also posted. If you have been diagnosed with anemia, we can review your labs and suggest a good quality supplement for you. You will feel a lot better once we get your nutrient status where it should be.

The ABC’s of Vitamins: Pyridoxine for a Healthy Heart & Mouth

The ABC’s of Vitamins: Thiamin for Nerves and Digestion

The ABC’s of Vitamins: Riboflavin for Healthy Skin and Eyes

The ABC’s of Vitamins: Niacin for Energy and a Healthy Tongue
0 replies

How To Cook A Pumpkin In A Microwave
Scroll to top