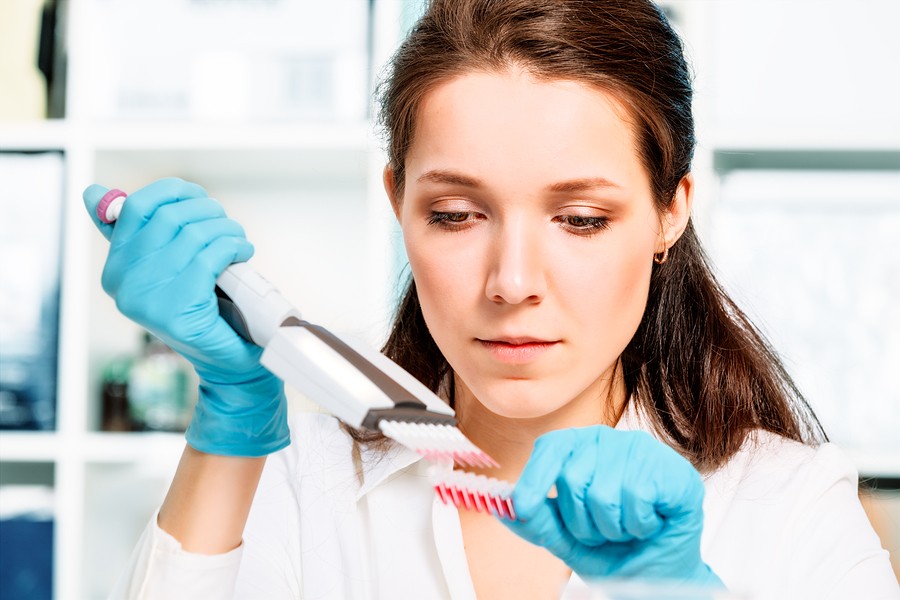 What is anemia? Is it iron-deficiency anemia, Folate, or B-12?

What is Anemia? Part 1

Have you ever wondered what anemia is, exactly? Or, what is iron-deficiency anemia, if that’s what your doctor diagnosed you with? The world of nutrition seems like it should be so simple, just eat a good diet with lots of fruits and vegetables, and you’ll be fine, right? I wish it were that simple, but people are not simple creations and human individuality comes through even in our nutrition status. Some very common medicines can also interfere with nutrient absorption, making things even more complicated. To learn more about this, read Drugg Muggers by Suzy Cohen.

How is anemia diagnosed?

I was reminded recently about the intricacies of nutrition, lab values and medicine interactions when I watched a short webinar on anemia. Anemia in itself is complicated. It is also often undiagnosed or just brushed off as not severe or not important. However, the symptoms anemia are vast and include more than just fatigue and difficulty concentrating – a very common symptom of iron deficiency seen in school-aged children. Other symptoms can include insomnia, an increase in restless leg symptoms, tachycardia (racing heart), hair loss and even heartburn. The fact that anemia causes heartburn is ironic since some medicines used for heartburn, such as proton-pump inhibitors, have been shown to interfere with iron (as well as calcium & magnesium) absorption.

What is a nutrition physical for anemia?

A nutrition physical, which I was trained to do in my internship at the University of Nebraska- Lincoln, is one way to find out what kind of shape you are in from a nutritional standpoint. You don’t see many dietitians around here performing them though, and that initially surprised me, until I realized that not every dietetic program teaches how to do them. During a nutritional physical, a dietitian (or a naturopath doctor) looks at your hair, skin, and mouth -the areas that show nutrition deficiencies the quickest in your body because these are the cells that turn over the fastest. These cells quickly show improvements once nutrients are replaced through diet or supplements, too. In the case of anemia, some things to look for during a nutrition physical are loss of a distinct upper lip line, pale pink under the lower eye lid instead of red, thin flat nails or in severe iron deficiency – spoon-shaped nails that can hold a drop of water, and a smooth glossy tongue or a bright red burning tongue. Other signs of iron-deficiency anemia can be a strong desire to chew ice or a strong desire for salt. Looking at lab values is also an important part of any nutrition physical.

Which labs are best for diagnosing anemia?

Common laboratory values that you get when the doctor checks your blood can give you clues to your nutrition status. Hemoglobin is the one commonly looked at for anemia, causing people to wonder “what is anemia?” People often believe that if their hemoglobin is normal, then they can’t be anemic or iron deficient. However, sometimes you may need to ask for additional laboratory values because your hemoglobin value doesn’t tell the whole story. In fact, Hemoglobin is one of the last lab values to drop with iron deficiency anemia because your body will pull the iron out of storage (ferritin) to keep your blood iron level high for as long as it can. Then once your storage iron drops (ferritin value), your body almost panics because iron is required to take oxygen around your body. If there isn’t enough iron available you can’t get the oxygen you need, so your heart pounds faster to push the blood through your body faster. That’s what happened to me a few years back and guess what seemingly innocuous event led to this? Donating blood at my work site blood drives.

Here is my story. Several years ago, my husband laid his arm across my chest to snuggle and said your heart is beating out of your chest. I shrugged it off as if I was just stressed. But he said it time and again and then also began commenting how my hair was always all over the bathroom floor after showering. I didn’t worry too much about the hair loss because I just happen to be a natural clone of my mother, and thin hair runs in our genes. The next clue to my own medical mystery was that every time I went to the doctor the nurse would say that my resting pulse was about 100 and therefore I must be stressed about being at the doctor. I did raise my eyebrows at this because my resting pulse was always in the low 80’s most of my life. However, the doctor never said anything when she came in, so I shrugged it off some more. Eventually though, I began to feel my heart beating out of my chest continually, and so I finally went to the doctor and explained my concerns. She was wise enough to check my ferritin level and it was extremely low at around 12. Interestingly, my hemoglobin was never low and therefore iron deficiency anemia wasn’t even on my radar. Although a “normal” ferritin level varies, it really should be over 40 to decrease restless leg symptoms, and over 50 for better sleep quality, according to a Mayo sleep doctor I recently visited with.

So how did this happen to me? What is iron-deficiency anemia, and better yet what caused it? You see, around that time, I had started working at a hospital and they had blood drives conveniently held at the office and great advertisement for them including a free lunch.  Since I had a blood transfusion that probably saved my life during one of my earlier back surgeries, I felt it was time that I gave back, plus I like a free lunch. So every six or 12 weeks, I donated. But, my body didn’t get enough replacement iron to make up for this because I didn’t take iron supplements since my hemoglobin level was always in the normal range. Thus, the symptoms of serious iron deficiency anemia started, and I then definitely needed supplement.

Which vitamin is best for anemia?

The answer to which vitamin is best for anemia depends of course on which type of anemia you have. What is iron-deficiency anemia is what is addressed here. To learn more about other types of anemia, please read part 2 of this post here. Most multivitamins for women and children include some iron, but it may not be enough in some cases. Supplements made for men and seniors usually don’t include iron because they usually don’t need it and too much iron isn’t good either – a topic of another column. Some vegetarians may need iron supplements because the most easily absorbed iron is in beef or other red meats. One way to increase the absorption of dietary iron is by including a source of vitamin C at meals containing a source of iron, which can be as simple as a glass of orange juice with a hamburger. Sometimes however, you may need an iron supplement, preferably one with vitamin C to help you absorb the iron. The problem with iron supplements is that they can be very hard on the stomach and many people can’t tolerate them. There are some on the market that are considerably easier on the stomach, just ask your dietitian or pharmacist for help choosing one or check out my supplement store above.

How to treat iron-deficiency anemia?

Part 2 of this article is now posted. If you have been diagnosed with anemia, you simply must take a quality multivitamin from a healthcare provider or order one from my Supplement Store. The only supplements I recommend are ones with higher quality nutrients that are more easily used by your body. You must also take a good iron plus vitamin C supplement, which you can get from the Supplement Store, also. If your anemia doesn’t clear up, schedule a breif consult with me under Services and let’s figure out if there is an underlying cause for your anemia. You will feel a lot better once we get your nutrient status where it should be!

Mother’s Day Nutrition – For Moms at Every Stage!

The ABC’s of Vitamins: Niacin for Energy and a Healthy Tongue

The ABC’s of Vitamins: Thiamin for Nerves and Digestion
3 replies

Anemia: is it Folate or Vitamin B-12? Part 2
Scroll to top